Anthony Molinari (born May 9, 1974; age 45) is a stunt performer and actor who had two roles in Season 6 and Season 8 of 24. He also had a role as a bank robber during Coffee Run, the first day of The Rookie.

Anthony Molinari was born in Worcester, Massachusetts to William and Joyce. He has two siblings, Billy and Christina. Molinari showed interest in sports since a young age, being an all-around athlete and captain of his high shool and college football teams. He completed a degree in Sociology and Education from Bowdoin College in Brunswick, Maine and began teaching early elementary education after graduating.

Molinari moved to Hollywood to become a stunt performer after a student inspired him to follow his passion. Since 2002, he has been performing steadily as both an actor and stunt performer in numerous films and TV shows. Some of the shows he has worked on are E-Ring, Heroes, NCIS, Breaking Bad, The Vampire Diaries, Stalker and True Detective. He has also worked on films like Poseidon, Crank, The Town, Transformers: Dark of the Moon, Patriots Day, Live By Night and Jason Bourne.

As a stunt performer and part of a stunt ensemble, Molinari has won an Emmy Award, a Screen Actors Guild Award, and two Taurus World Stunt Awards. He has doubled for actors like Matt Damon, Mark Ruffalo, George Clooney, Greg Ellis, and Dermot Mulroney.

Molinari had two different roles during 24, and another additional role during The Rookie: Coffee Run:

Molinari was not credited for any of his appearances. 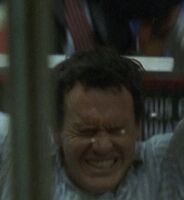 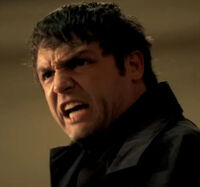 As bank robber
Add a photo to this gallery

Retrieved from "https://24.fandom.com/wiki/Anthony_Molinari?oldid=341800"
Community content is available under CC-BY-SA unless otherwise noted.