Dina Lynn Margolin is a stunt performer that doubled for Elisha Cuthbert as Kim Bauer during the first two seasons of 24.

Dina Margolin is a professional stuntperson and actress. As a teenager, she was an elite gymnast and competed as a member of the US National Gymnastics Team. Although she was awarded a full gymnastics scholarship to the University of Georgia, in 1991 Dina decided to transfer to Wagner College to study theater. She completed her Bachelor's degree in 1994.

After college, Margolin performed professionally in numerous shows, events, and Broadway National Tours. In 1998, she started working as a stuntwoman, joining SAG-AFTRA the next year. Through her career, Margolin has worked in shows like Charmed, House, The Unit, Gotham, Blue Bloods, CSI Miami, and Desperate Housewives. She made her acting debut in Season 3 of Reno 911, as Rookie Jackson. This led to her being cast as the lead actress in the 2006 Country Music Video of the Year, "Love You" (Jack Ingram).

She then worked as Christina Ricci’s double in numerous films, and television shows. After a three year hiatus, she went on to work with Quentin Tarantino, in Death Proof, and Rob Zombie, in the remake of Halloween II. Dina has been a proud Member of The Screen Actors Guild/AFTRA, and AEA Unions for 21 years. She has appeared in over 60 television and film productions.

Ms. Margolin is currently working as a Gymnastics Team Coach & Choreographer in Rumson, New Jersey, sharing her years of experience and passion with young gymnasts. 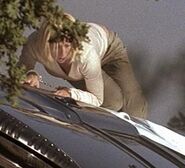 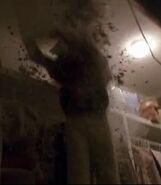 Retrieved from "https://24.fandom.com/wiki/Dina_Margolin?oldid=345099"
Community content is available under CC-BY-SA unless otherwise noted.