Donald Simms was the Director of National Intelligence during Day 10 who was involved in a conspiracy to illegally hold Ara Naseri captive.

At some point after Tony Almeida's escape from prison, Simms contracted the former CTU agent to do mercenary work for him.

Simms, in an operation known as East July, managed to successfully capture Ara Naseri, the daughter of terrorist Asim Naseri. East July used Ara as leverage to get Naseri to surrender Bin-Khalid; when he refused, Naseri had falsely believed that Ara had been killed, but in reality she had continued to have been kept hostage at a farmhouse.

Simms was in the teleconference with former CTU National Director Rebecca Ingram and her successor Keith Mullins with three of his surborinates in the situation room regarding the list of sleeper cells in the hands of Jadalla Bin-Khalid, the son of deceased terrorist leader Ibrahim Bin-Khalid. Mullins told Simms that they thought they took out Bin-Khalid before he can send his sleeper cells into the U.S., which Simms replied now his son has it. Mullins said they could be multiple attacks against the country and it maybe underway. Simms said he's going to talk to the President in 10 minutes and he'll want the worst case scenario. Rebecca told him that Bin-Khalid's goal was to implant a network of sleeper cells which consisted of homegrown sympathizers and foreign operatives who entered the country under false identities. She stated they could be at least 15 to 20 cells, each of specific targets and will likely be coordinated to take place simultaneously. Ingram also told Simms that the effects could be devastating if that happened, the kind of apocalypse Bin-Khalid promised.("3:00pm-4:00pm")

Later, it was discovered that Simms was holding Ara Naseri captive illegally, and after he learned he may be compromised, ordered Tony Almeida and his mercenaries to kill her, but John Donovan and Eric Carter arrived, apprehended Simms, and saved Naseri. Despite the fact that not surrendering Ara (out of fear that her being surrendered and not killed would increase his chances of being found out for his overstepping), Simms refused to cooperate, and this ultimately led to the death of Rebecca. Panicking and fearing apprehension, Simms shot himself in the head. 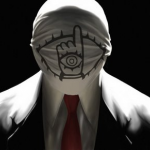