Dwayne Thompkins was a cocaine addict and boyfriend of Jenny McGill.

Dwayne persuaded Jenny to set up a meeting with her brother, Lynn McGill, intending to steal his cash and credit cards. One of the cards he stole was Lynn's CTU key card.

An hour after the mugging, Lynn called Jenny at home asking for his key card and offering to let them keep everything else in his wallet without repercussions. Jenny wanted to give the card back, but Dwayne told her he was "handling it." ("Day 5: 3:00pm-4:00pm")

At some point, Dwayne agreed to sell the key card to the terrorist Ostroff for $20,000. While he was waiting for Ostroff's arrival, he used the card to separate lines of cocaine. When Jenny wanted to return it to her brother, Dwayne refused twice, finally telling her that it was worth a lot of money to them.

When Ostroff arrived to collect the key card, he shot both Dwayne and Jenny, execution-style to the back of the head. 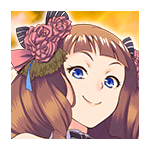