You may be looking for Henry Kingi, Sr.

Henry Masao Kingi, Jr. (born June 3, 1970; age 51) is a stuntman who appeared in at least seven background/stunt roles on 24. He is a prolific stunt performer, with over 160 such roles. Kingi is the son of another legendary stunt player, Henry Kingi, Sr.

Kingi Jr. began his career in the late 80's working as a stunt double in the show A Man Called Hawk. Through his career, he has worked as a stuntperson in films like Tango & Cash, Desperado, Bad Boys, Batman & Robin, Lethal Weapon 4, Transformers, Star Trek, and many others. Aside of films, he has also performed stunts in numerous TV shows.

Other than his work as a stunt, Kingi Jr. has appeared in small roles in films like The Crow (with Michael Wincott, Michael Massee, and Tony Todd), Ransom (with Evan Handler, Jose Zuniga, and Michael Gaston), and Priest (with Alan Dale), among others.

In 2009, he wrote, directed, and produced his first short film titled Redemption.

Kingi, Jr. has appeared in at least seven background/stunt roles on 24:

He has played two different characters who were killed by Jack Bauer. See here for others with this distinction. 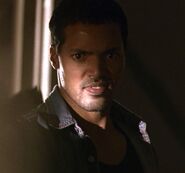 As the accomplice of Frank Allard and Craig 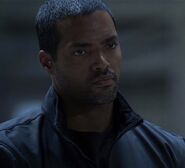 As bodyguard of Nichols 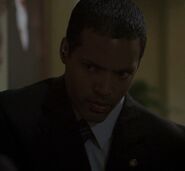 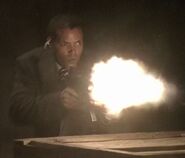