Jim was a hooligan seen during Day 4.

Jim, "Bad Boy" Dan, and a third man were stopped at a red light, when Kalil Hasan honked the horn of his stolen vehicle. Instead of driving away, Jim, Dan, and the other man exited their vehicle and harassed Kalil, especially after seeing that he was of Middle Eastern descent.

The three hooligans were confronted by California Highway Patrolman Pantell, whose partner, Officer Goodwin called in Hasan's license plate number. Jim and his two friends were last seen with the two officers, after Hasan was permitted to leave following the intervention of Jack Bauer. 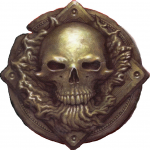