"Graphically Speaking" is the eighth blog post on Network 24. It was posted by Geoff Aull, February 2010 at 7:45pm CST

The blog was an interview with graphics designer Olivier Benamou.

Tonight, we’re talking about the show’s graphics. You’ve seen all the computer monitors in CTU, where Chloe, Arlo, Dana and Hastings watch everything from radar, tracking, satellite Intel to surveillance cameras. But have you ever wondered who’s responsible for putting all of that together? 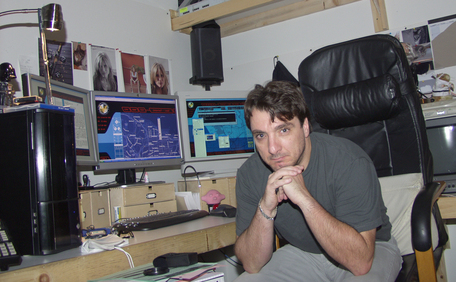 Olivier got into this profession by accident – literally. He was severely injured in a motorcycle accident back in 1993, which left him stuck at home for a year and a half during his recovery. Unable to go anywhere, it was either watch episodes of Oprah and Jerry Springer every single day or learn unfamiliar programs on his computer. The computer won. Olivier started experimenting and teaching himself graphics programs.

A year and a half later, with his recovery complete, Olivier happened to be visiting a friend on the set of a movie called “Blown Away”. His friend was working on the movie and invited him to come down. While Olivier was there, he also, by chance, happened to meet the man who was considered to be one of the best in the field of computer graphics for live on set computer graphics playback. They talked for some time that day on set, Olivier having no idea that this casual conversation would lead to his first job as a Graphic Artist…

After getting his first job after recovering from the motorcycle accident, Olivier has spent years in the business, honing his skills and learning the new technologies that emerged with time. He came to work on 24 way back during Season 3, first starting out here as part time free lancer. Then, in Season 5, he became the full-time Graphic Artist on 24. The rest, as they say, is history…

Q: What would you say is unique about the graphics for 24? Do you try to go for specific qualities to meet the show’s needs?

A: The way that I look at all the graphics on the show is to treat them as a character, in and of themselves. They have their own place in the story, they help to drive the story in their own way. Therefore, each one has a specific voice, really. I look at where they’re supposed to be placed and I tailor them to fit and serve their purpose as a narrative mechanism. 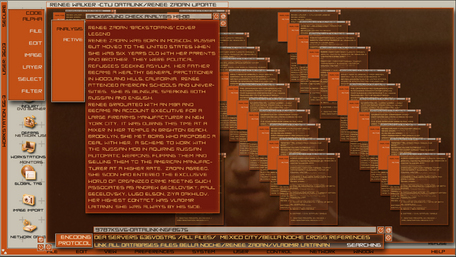 Q: How did you approach thinking about and then working on graphics when it was decided that season 8 would take place in New York? What about this season demanded a special look?

A: Season 8 brought in a new Production Designer, Carlos Barbosa, and he brought some specific ideas for what the building and the environment of CTU would look like. That theme translates into ideas that are carried on by other departments. So that was the starting place for me.

Q: What are some of the more prominent graphics this year? Are there particular themes?

A: It’s big brother times twelve, times fifty. Although there are obviously some cracks in the system, anyone can be watched anywhere at any time. But there are always going to be holes in any system, weak links, just as there are in the defense technologies of major government defense and intelligence organizations.

Q: Has there been one episode’s graphics so far that you thought were particularly challenging this Season? And one that was particularly fun?

A: All the graphics are challenging in their own way. Very often, what seems to be the simplest thing is also the hardest to do. What we added this season which complicates things exponentially is the drone’s point of view. All the surveillance and tracking has been done through drones this season. Obviously, we don’t have drones at our disposal as a production unit, so we had to figure out what we wanted our drone’s perspective to look like. This was challenging, but a lot of fun. 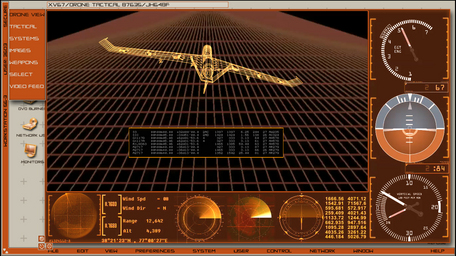 Q: What have you enjoyed most about that part of the process?

A: I believe that a lot of these defense and intelligence agencies, whether it’s the CIA or NSA or what have you, they all probably have a technology very similar to what we’ve created. Obviously, we can’t know, there’s just no way for us to know what classified platforms they’re working with, so what we have to do is to try to imagine what it would look like, or, more importantly, what would I want it to look like? We have to use our imagination and instincts to make that happen. 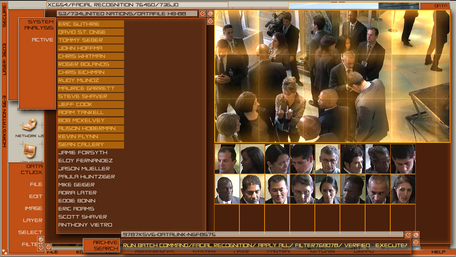 Q: Obviously, that makes me and anyone reading this wonder what those secret government computer graphics and platforms really do look like.

A: Well, it’s most likely one of two things. It’s either so primitive that it’s ridiculous, or it’s so advanced, that it would blow you away. I think it’s either one of those two, not in between. It’s either amazingly intricate, or startlingly basic and simple.

Q: Do you ever get curious and try to do some research on what they do use?

A: No, I really try not to. If I do, it takes away from my imagination, it imposes limitations to what I can envision. I don’t want to be influenced by what the potential reality is because I’m influenced enough by pop culture myths and notions of what these secret computer systems might be. At the end of the day, the unknown is more exciting than the known. 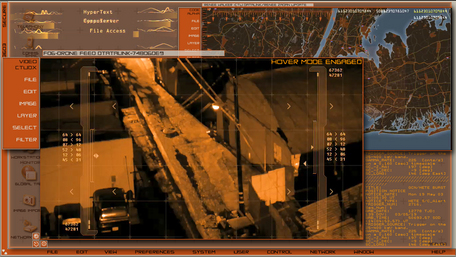 Q: Can you walk us through your process? What do you do in the office on a given day? Or is no day the same?

A: I get into the office at around 4 in the morning. I do so in order to avoid the noise and activity that starts up around 9. It’s just easier for me to get started on the day when it’s quiet and I can focus. I’ll look at a scene. I’ll take a pass at the graphics for it. Then I let it sit for a while and I move on to the next graphics item on the list. Eventually, I get an idea for the first graphic and I go back to it. You never know when inspiration will hit you. It’s just not something that you can push through in one stretch. There are two ways that this process generally works. The first I call the 3AM wake-up call. I get an assignment, but the idea for the graphic doesn’t hit me right away. Then, a day or two later, I wake-up at 3AM and I see it clearly, I have the solution. The other way is if the idea just doesn’t come to me for some time, then I’ll just step away from it until it does.

Very often, the first instinct I have for an idea is the right one. For me, it’s always worked best if I pay very close attention to the first notion I have for a graphic. And really, I get ideas in flashes. For example, when I’m reading a script, I get ideas for what the graphic should be in quick flashes. That’s the framework I hold on to and that’s what always seems to work best.

Q: What do you like most about your job?

A: I’m blessed that I love what I do. My father used to tell me, “find something you love and stick to it.” And he was right. Once I found it, he’d tell me, “do you know how lucky you are that you love what you do?”

Retrieved from "https://24.fandom.com/wiki/Network_24/Graphically_Speaking?oldid=238045"
Community content is available under CC-BY-SA unless otherwise noted.