The blog was a series of video interviews with Katee Sackhoff. 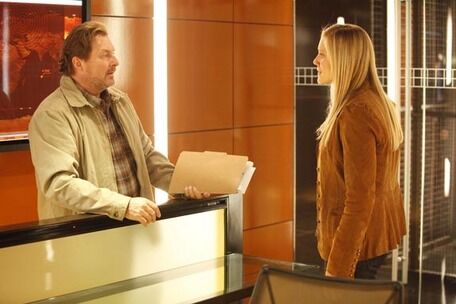 This season has a new fan-favorite. It’s Katee Sackhoff, formerly Starbuck of “Battlestar Galactica.” Katee is a gracious and spirited actor, who prefers doing her own stunts and enjoys the challenge of playing a woman with a complicated back story.

We had the chance to sit down with Katee for an informal, behind-the-scenes chat in her trailer while the crew was on location.

Playing complex women on both 24 and Battlestar Galactica.

When we first meet Dana, she appears to be an ever-innocent, type-A, powerhouse overachiever intelligence analyst at CTU and not a paroled ex-con with a stolen identity. But she’s got a hidden past that includes Kevin Wade, the dark horse ex-boyfriend from Arkansas who Dana used to run with. Now he’s resurfaced and he’s creating havoc in the new life she’s made for herself.

Strangled twice and guns are awesome!

Retrieved from "https://24.fandom.com/wiki/Network_24/So_You_Think_You_Know_Dana_Walsh%3F?oldid=254110"
Community content is available under CC-BY-SA unless otherwise noted.