Sam Ayers was born as Samuel Bielich III in Youngstown, Ohio, but was raised in Merrimack, New Hampshire. He uses the name Ayers, which is his mother's maiden name. Sam attended Merrimack High Schol where he became the first varsity quarterback in the history of the school. He later continued studying at Memphis State University, where he joined Lambda Chi Alpha Fraternity. In 1976, he was named Lambda Chi Associate of the Year in 1976.

After casually performing for the crowd at a college sports event, Sam became an official performer for the Memphis Chicks minor league baseball team. After some time, he was hired as a mascot for the Texas Rangers. While in Texas, he studied acting and started working as an extra, a model, and stand-up comedian. Sam later moved to New York, where he began using the Ayers name professionally. After appearing in some films and shows, he moved to Los Angeles permanently in 1995.

Ayers has also appeared in films like Quick Change, Bad Boys (with Frank John Hughes), Wedding Day (with C. Thomas Howell), General Education (with Janeane Garofalo), and Bigfoot County. He is 6'2", and has also appeared as a stunt double in some films and shows. Ayers doubled for Tom Sizemore in the films Zyzzyx Rd and Ring Around the Rosie. 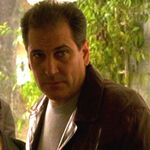 Retrieved from "https://24.fandom.com/wiki/Sam_Ayers?oldid=334564"
Community content is available under CC-BY-SA unless otherwise noted.