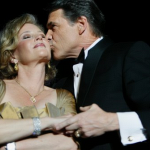 This is your user page. Please edit this page to tell the community about yourself!

I was born on May 5, 1985 in Baton Rouge, Louisiana to the parents of Steve and Rebecca Boudreaux as one of 14 children to the parents of Steve, Sr., and Rhonda Boudreaux. I excelled in sports including wrestling, football and track and was named one of the All-American Scholars, Texas Scholars and served on the Student Government Council during my sophomore and junior years at Oliver W. Holmes Senior High School in San Antonio, Texas. Graduated with honors in 2003 and went on to serve in the United States Air Force for five years from 2003 until 2008 and I also served in the Texas Army National Guard during this time, but for 11 years until recently with the rank of Major.

Following being honorably discharged from the U.S. Air Force, I attended Baton Rouge Community College in Baton Rouge, Louisiana and graduated with honors with a Bachelor of Science degree in Agriculture Science in 2011.

I met my wife Alicia De La Cruz back in elementary school and we stayed together as high school sweethearts, even as I served in the USAF. We got married following high school graduation in June 2002 and are the happy parents of three sons: Steve Boudreaux, II., Rudolph Boudreaux and George Boudreaux and currently attend Saint Luke's Episcopal Church in San Antonio, Texas.

Retrieved from "https://24.fandom.com/wiki/User:Conservative_Democrat?oldid=261513"
Community content is available under CC-BY-SA unless otherwise noted.