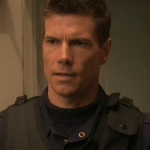 Hello, and welcome to my userpage! I've been a member of Wiki 24 since May 2020, but a huge fan of the show for a few years now.

I grew up throughout 24's initial run. As I live in the UK, I sadly never got to watch it during this time, and it wasn't until 2015(!) when I first started watching the show. Having heard of the programme and been very interested by the premise of it, I decided to purchase a boxset of the first four seasons of the show. From then on, I bought the rest of the series, and I've rewatched it as many times as I can!

Despite having only been introduced to the world of 24 for just over five years, 24 is by far my favourite programme, and over the last couple of years I have read through many articles on here (which has helped me with my random knowledge of CTU agents!) before finally deciding to make an account in May 2020.

Having joined very recently, I can't say I've done much yet - all of the fantastic work done here has been done by the great team that Wiki 24 has in place! Since my arrival, probably the most notable thing I have done is revamped the CTU LA infobox, adding in a fair amount of staff who weren't already on there. My current plans and aims are to:

Retrieved from "https://24.fandom.com/wiki/User:LeeCastle24?oldid=344633"
Community content is available under CC-BY-SA unless otherwise noted.