Vincent Wang is a stunt performer and actor who had several roles in 24: Live Another Day.

Vincent Wang was born on Northwest China. He trained in Chinese Martial Arts since he was 6 years old. Wang graduated from Shanghai University with a degree in Physical Education. In 1991, he moved to the UK where he made a career coaching Tai Chi, WuShu, and QiGong in London.

Wang started his career as an actor with brief roles on films like Tomorrow Never Dies (with Colin Salmon). Shortly after that, he also started working as a professional stunt performer. As an actor, Wang has also appeared in films like Ashes to Ashes, and Spy Game (with Iain Smith).

Wang also worked as a stunt performer on films like Batman Begins, Skyfall, Edge of Tomorrow, Thor: The Dark World, and Star Wars: The Force Awakens.

Wang had three roles in 24: Live Another Day: 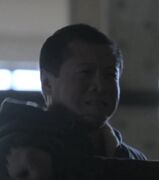 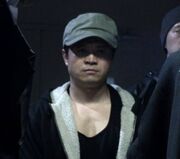 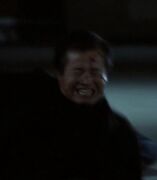 As Cheng Zhi
Add a photo to this gallery

Retrieved from "https://24.fandom.com/wiki/Vincent_Wang?oldid=342598"
Community content is available under CC-BY-SA unless otherwise noted.